Export to Outlook or iCal (.ics)

“A HEALTHY WORLD MEANS A MORE PEACEFUL AND JUST WORLD.”

– Richard Horton, Editor of the Lancet

WHY HEALTH THROUGH PEACE?

War, armed conflict and militarism end and blight the lives of hundreds of millions of people worldwide. These problems are being intensified by climate change, resource depletion and increasing inequality, as well as a growing and unaccountable military-industrial complex.

Our response to these issues relies on too narrow an idea of what it means to be secure, whilst we continue to believe that we can protect ourselves from complex threats by military power alone. Doing so in an increasingly inter-connected and fragile world only accentuates our insecurity.

Nurses, doctors and other health professionals have a key role to play in challenging the drivers of war and armed conflict. We can also promote of a vision of security that is based on health, sustainability, peace and, ultimately, our common humanity.

We are calling on the UK health community to promote health by confronting war and militarisation, and tackling the root drivers of global insecurity.

WHAT IS HEALTH THROUGH PEACE?

Health Through Peace is a a two-day event hosted by Medact, Saferworld, Oxford Research Group, Kings College London, Quakers in Britain, ICAN UK, Campaign Against Arms Trade and others, at which you can learn and take on action of some of most important issues in the world today.

The Friday will be a ‘teach-in’: a chance for anyone and everyone to learn about some of the most complex but urgent issues we currently face; from the development of autonomous weapons, to the crisis on Europe’s borders to the East.

On Saturday, we have invited some of the brightest and creative minds from the worlds of peace and health to speak on these issues, but they will focus on what we can do, and how we can act. To help us do this, over the next six months we’re working with some of the most influential and eminent health professionals to develop a strategy for the UK and global health communities to act on these issues.

RSVP for Health Through Peace Medact Conference to add comments!

Re: Pandemics: Response and prevention for communities' mental health during and post isolation

Re: Pandemics: Response and prevention for communities' mental health during and post isolation

Reconnecting and Psychology response in Learning Disability Services to CV19 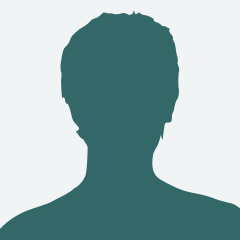 Ronni Greenwood is now a member of CommunityPsychologyUK
Mar 27
Welcome Them!

Samantha Rennalls is now a member of CommunityPsychologyUK
Mar 25
Welcome Them!